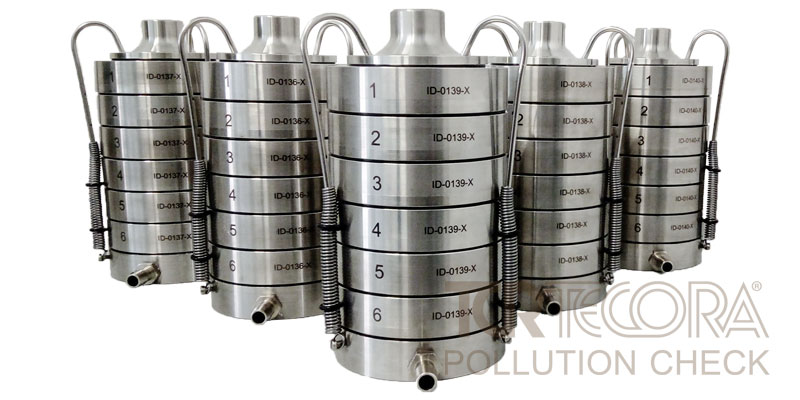 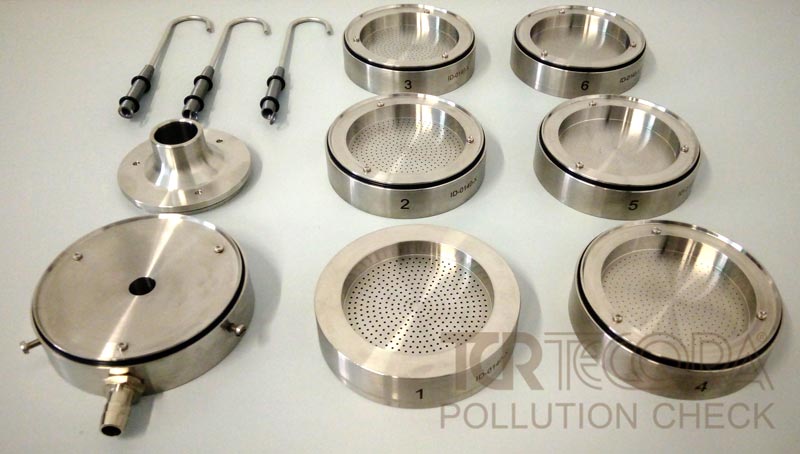 The design concept of the Multistage Viable Impactor evolves from the following information:

The 6 Stage Multistage Viable Impactor with 400 small round jets per stage meets all the criteria for the efficient collection of airborne viable particles.

The study of the microbial content of the air has become increasingly more significant in the past decade as the needs for “contamination free” environments have become more apparent.

Biological aerosols have been defined as biological contaminants occurring as solid or liquid particles in the air. These particles can vary in size from viruses less than 0.1 micron in diameter to fungal spores 100, or more microns in diameter. They may occur as single, unattached organisms or as aggregates.

The 6 stage Viable Multistage Impactor is a multi-orifice, cascade impactor which has been widely used as a standard to measure the concentration and particle size distribution of culturable bacteria and fungi in ambient air as well as other bioaerosols, like viruses.

For Further Information, Write Us!

Want to be Updated?

We use cookies on our website to give you the most relevant experience by remembering your preferences and repeat visits. By clicking “Accept”, you consent to the use of ALL the cookies.
Cookie settingsACCEPT
Manage consent

This website uses cookies to improve your experience while you navigate through the website. Out of these, the cookies that are categorized as necessary are stored on your browser as they are essential for the working of basic functionalities of the website. We also use third-party cookies that help us analyze and understand how you use this website. These cookies will be stored in your browser only with your consent. You also have the option to opt-out of these cookies. But opting out of some of these cookies may affect your browsing experience.
SAVE & ACCEPT